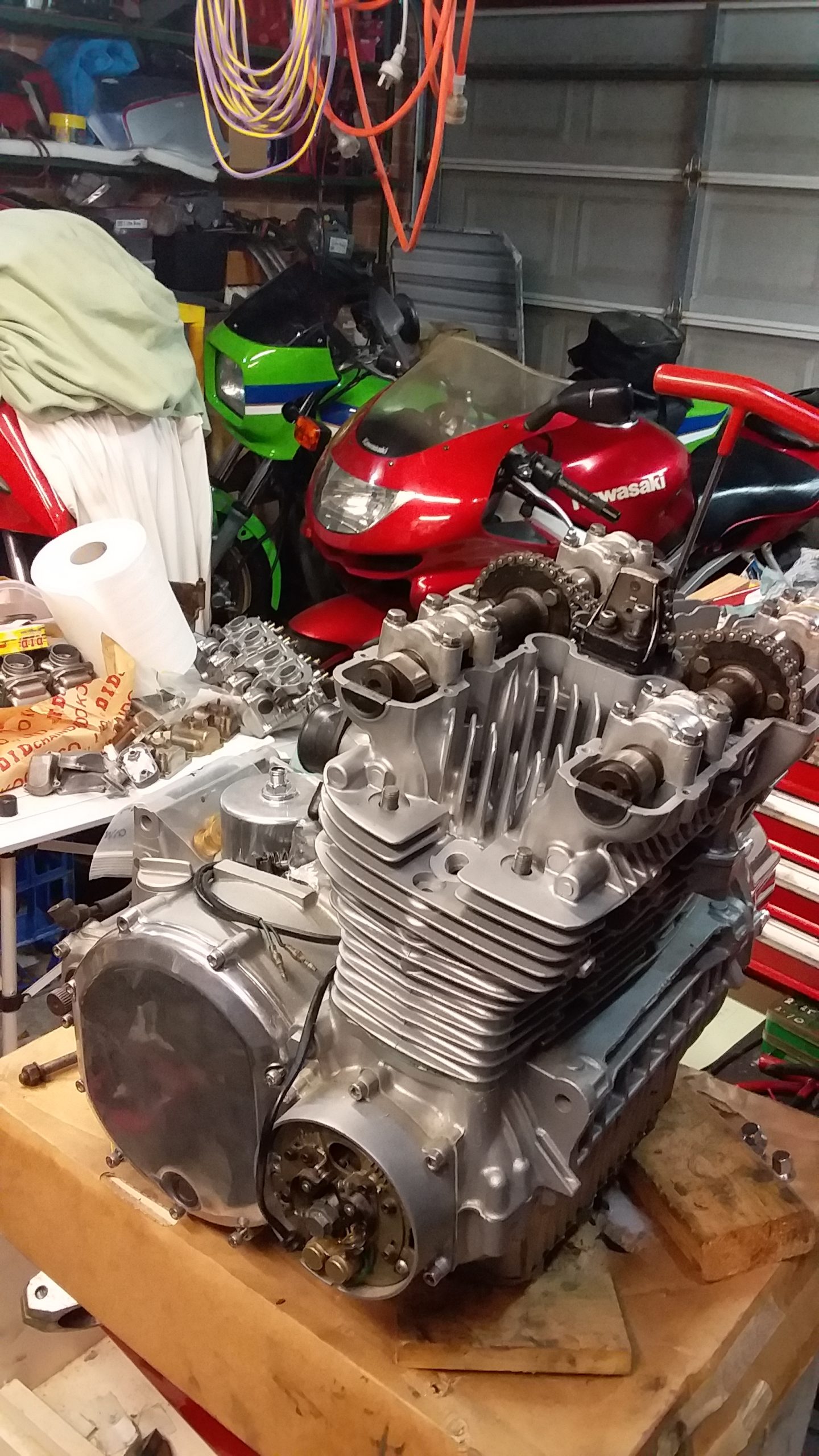 It must be great doing bike Maintenance ever six months, but when you have a couple of bikes on the road then every month becomes Maintenance Month!

During November and December the zx9r’s have been getting the bulk of love with maintenance and a small collection of new parts. Last month (November 2019) I had problems with both zx9’s miss-firing, one was a plug and the other a plug and dirty carbs, that saw a complete strip down and cleanup of the carbs.

At the same time I also decided I would replace the drive chain and the clutch slave cylinder seal looked like it needed replacement. So off to midtown Kawasaki and each week I’ve had a part on order to solve a problem.

No sooner did I get the 1994 zx-9r back on the road when an odd rumble started to appear after about 200 kilometres. It was really odd with the clutch/drive chain making a grinding noise when I backed off the throttle. I experimented and eventually worked out that leaning left made a rumble and leaning right didn’t. That ruled out the gear box 🙂

Once home I looked over the chain, no idea, so I decided to take off the front sprocket cover, after about 5 minutes of looking at it I realized the front sprocket nut was loose. Tightening it had no effect, it was stripped! I ordered a new one and it arrived today!

When reserve runs out… you stop!

I was in a rush to an appointment the other day when I suddenly ran out of fuel, I knew I was low but I had reserve which is around 60 kilometres so I was not worried, however when I swapped over there was not a drop of fuel!

It seams the tap seal has a small break in it and fuel has leaked from reserve into the normal flow of fuel and so it ran dry. Another trip to Kawasaki yielded the new seal:

I’ve finally had time to start “final” assembly on the z1a, more to come shortly but here is a taste:

The z650 fix up and maintenance si in progress yet again… more this weekend.